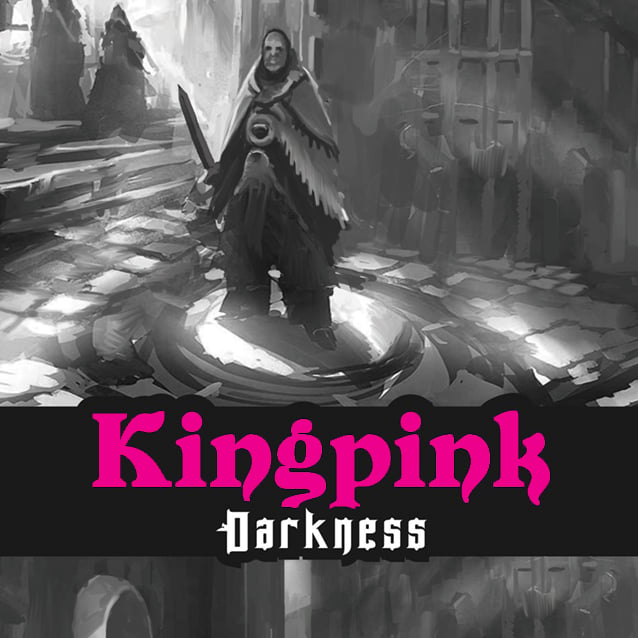 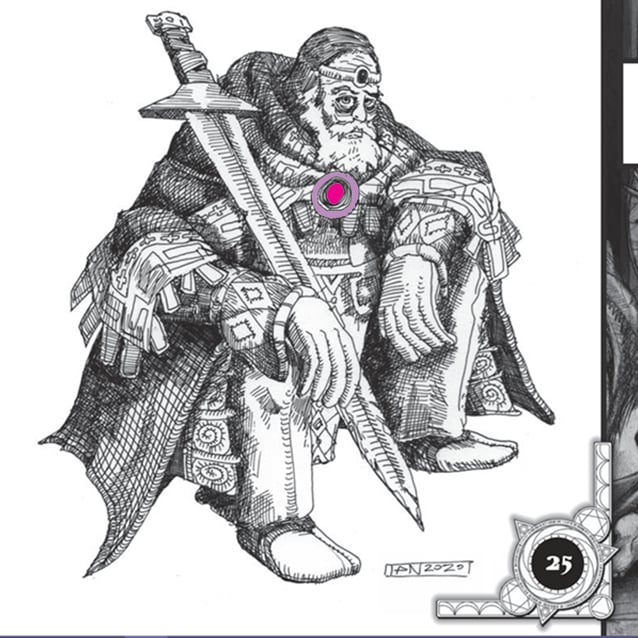 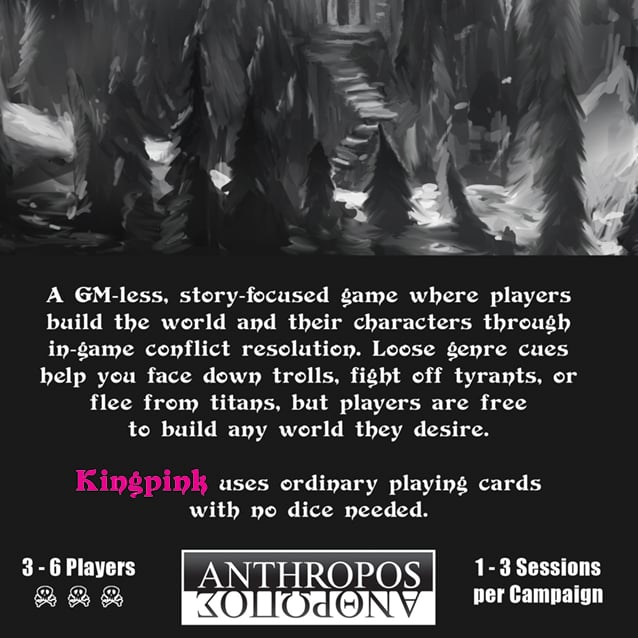 A GM-less, story-focused game where players build the world and their characters through in-game conflict resolution. Kingpink focuses on improvisation and interpretation over carefully planned narrative beats.

Loose genre cues help you face down trolls, fight off tyrants, or flee from titans, but players are free to build any world they desire. You can even play an entire, dramatic campaign without any combat if you want. Tensions within the crew of characters can be as dangerous as battles and heists, and no crew is safe from cracking at the seams. Kingpink uses ordinary playing cards with no dice needed.

The potential for strategy arises when you select which cards of your hand to play and when to play them. Everyone plays cards face-down at once to mark which Conflicts they want to tackle or develop. With players all deciding what to play based on what they think others might play, Kingpink has faint echoes of popular trick-taking card games, though the gameplay never strays from the story.

While we put “darkness” in the name of the game, it is still totally up to your group how much horror, wickedness, or combat you want in your campaign. The rules have been designed to invite open improvisation and to heighten dramatic twists, but these elements need not come from murder or mayhem alone. If anything, the game so easily devolves into silliness that our tone here is meant more to prove serious play is possible than it is to cramp your non-horror style!